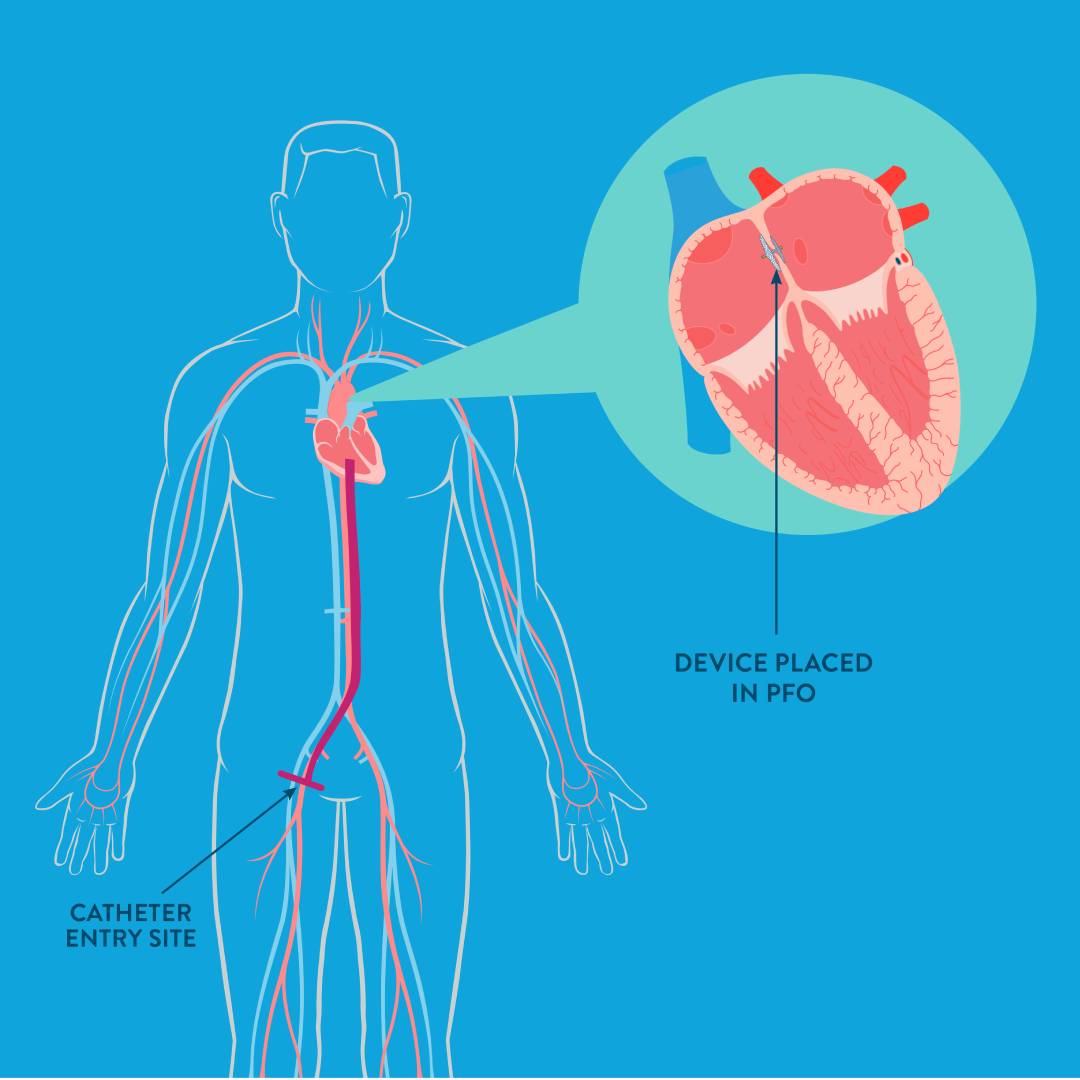 About a quarter of people have this. The foramen ovale is an important structure during fetal life but mostly closed after birth. When this tissue flap fails to close we call it Patent Foramen Ovale (PFO). This small opening in the heart can, in some cases, allow blood clots to pass from the right to the left side of the heart and then travel via one of the blood vessels to the brain, obstructing this vessel and causing a stroke. The neurologist would determine if stroke could be related to the PFO by excluding other causes. If the PFO is determined to be a likely cause, this could be treated with medications ( blood thinners eg aspirin), open surgery to close the PFO (less frequently done nowadays) or device closure of the PFO.

The PFO device is made up of 2 circular wire mesh disc covered with a medical fabric that sandwich together to close the PFO. Once placed, the device would be permanently implanted. After some time, healing occurs and the cells would cover up the device.

The procedure takes place in a catheterization laboratory. You would be given general anesthesisa before the procedure. A small incision is made in the groin area. A small tube is placed and a catheter is used to cross the PFO. The wire mesh of the PFO device is very flexible and can be collapsed into the small catheter and delivered to its intended site. Transesophageal imaging and X-rays would be used to guide positioning as well as deployment and release of the device.

Recent studies have demonstrated that in selected patients with cryptogenic stroke, PFO closure would result in a reduction in the risks of recurrent strokes.